Satellite connectivity is great if you’re offshore and wanting to chat with friends back home – but when satellite communications really shine is in emergency situations where there are no other options available.

This is why emergency response and preparedness are a large part of the satellite communications industry – and for good reason. If phone lines go down in an emergency, how else are rescue teams able to communicate with headquarters or each other?

With winter fast upon us, here are the top satellite phones and airtime plans for emergency responders.

BGAN units are often used in team headquarters or war-zones for dependable broadband satellite internet and good voice quality. BGAN units range in price from around $2,000 to $27,000 and are designed for use in land-mobile situations.

Portability:
Depends on the unit. For smaller BGAN units (Explorer 701, Hughes 9202, etc) the unit itself is portable inside a handy carrying case, although you need to factor in the attached handset in order to make calls. Imagine carrying around a clunky iPad and hooking a physical telephone handset to it – this is sort of what the experience of using a BGAN is like.

Price:
By far the most expensive, but the only option that allows for broadband satellite internet, as well.

Airtime:
BGAN has affordable postpaid plans (starting at around $55 a month with a 12 month contract) and really excellent prepaid options. We especially love the 2-year validity periods on BGAN prepaid airtime.

The IsatPhone Pro is a popular satellite handset with affordable ongoing airtime options. It’s portable, it’s inexpensive, and it typically has good voice quality. Being one of the least expensive satellite handsets has its downsides though – it’s not well-suited for doing data and may not be as long-lived as some of the other options (ie: budget for repairs and replacements).

Price:
One of the least expensive handsets (currently around $585)

Airtime:
IsatPhone has affordable postpaid plans starting at around $40 a month. IsatPhone Pro also has prepaid options available, but because of tight validity periods for low minute purchases, it’s not great for emergency relief purposes. We typically see users go with postpaid plans so they don’t have to worry about running out of minutes when an emergency happens.

We put BYOD (“Bring Your Own Device”) at number three because this category of devices is so new there hasn’t yet been a big uptake from any part of the market. That being said, the Globalstar Sat-Fi, Iridium GO!, and the RedPort Aurora can be fantastic tools for emergency response teams and we’re already seeing the beginnings of them being put into action in the real world. All three of these devices allow you to make satellite phone calls with a cellphone, which means that multiple users can connect through the device to make satellite phone calls without actually need to carry a satellite phone on their person. These units also support a PBX with between 5-8 users which means that users can call each other as long as they’re all connected to the WiFi.

Portability:
Iridium GO! is a portable unit, the Sat-Fi and Aurora would need to be installed permanently in either a vehicle or building.

Airtime:
Lots of options with all of the carriers, but we tend to see most emergency responders using a basic postpaid plan so that they have minutes available at any time and don’t have to worry about adding minutes to prepaid cards.

FREE GUIDE: Learn more about BYOD devices with our free guide to the new generation of “Bring Your Own Device” satellite WiFi units.

For emergency responders in the United States, the Globalstar GSP-1700 is a popular, reliable phone that offers inexpensive airtime rates, a very inexpensive handset ($499), and great voice quality. One of the major draws of the GSP-1700 is the fact that Globalstar assigns you a US phone number, making it easy for headquarters to make inexpensive calls to personnel in the field without running into problems calling an international satellite phone number.

Portability:
Very portable. The GSP-1700 is like a clunky cellphone from the early 2000s – ie, by satellite standards very small and light.

Learn more about the Globalstar GSP-1700.

Iridium handsets remain the most popular choice for emergency responders needing satellite connectivity. Why? They’re reliable, they work anywhere on the planet, and the handsets, while more expensive than other options, are extremely hardy.

Airtime:
While Iridium offers prepaid options, you tend to run into the same problem as with IsatPhone prepaid – validity periods can trip you up. Most of our Iridium emergency responder customers go with postpaid. For $50 a month, you have the comfort of knowing you always have minutes at the drop of a hat.

Got questions? Need large volumes of equipment? Just aren’t sure where to start? Feel free to get in contact with us. We’re here to help. 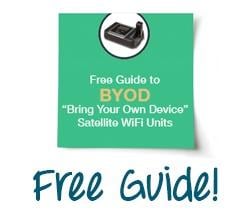